November 03, 2019
The dogs of the arroyo were not pleased by my presence, especially the one fenced in at the house just above me. I would turn over and make just enough noise to set him off, and he'd bark and growl, making every other dog in audible range also loose it's head. Ug.

Realized in the morning it had been Halloween night. While I have been a bit sad to miss the Fall back home, I didn't mind skipping Halloween-- not my favorite of holidays. If they ask what I was this year, I guess I can say "the biker troll."

The morning was cloudy and I thought it would burn off, but it stayed. The first cloudy day since Northern California. Fine by me. I rode out of El Triunfo and ascended a small pass into the next valley, which held San Antonio. It was deeper than the Triunfo valley and the green hills were rather majestic in the clouds. 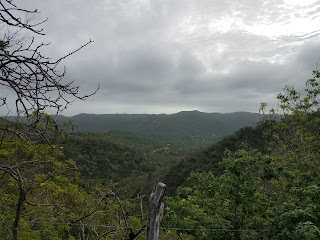 Up the other side and I spilled down a long hillside into a plain. The trees here are bigger, overtaking the tallest of the cacti. The air was thick with moisture and I realized if I kept riding south, I would be in the jungle very soon. 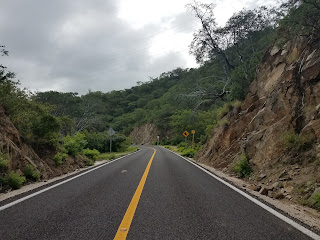 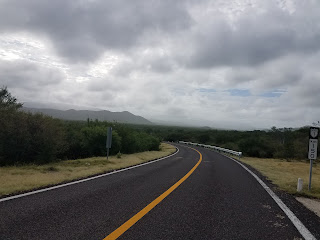 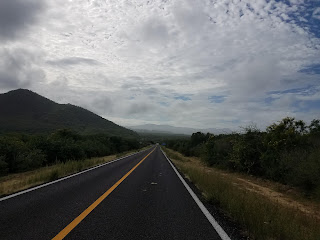 I passed over yet another dry riverbed, disappointed somehow to see only sand. The road followed the bed as it turned toward the sea and cut itself deeper into the ground between the surrounding hills. It became quite the canyon before widening into a broad and dry delta. In enjoyed this road tremendously. It was all slightly downhill, with gorgeous exposed rock, and all in the shade of the clouds. 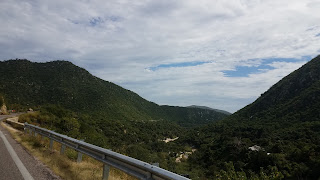 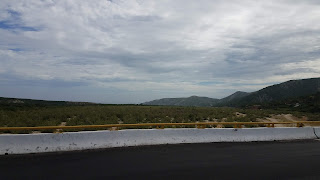 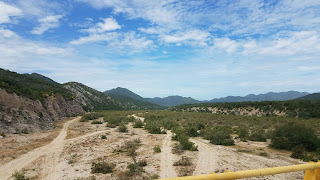 Later, I rode into Los Barriles ("the barrels") which was a bigger town, with undeniable gringo presence. For some reason, so many of them drive 4 wheelers around, are 50+, and hobble around when they're off of them like they're headed to PT. Needless to say, they're easy to spot. I found a bike store and figured I might add well use a pump. Haven't inflated my tires in weeks. The fella inside was very friendly and wanted to take my photo in front of his store's sign. We exchanged cards. Some conversations I have in spanish go so easily, and others really flop. This was a good one. I spose it all depends on the accent and patience of the other speaker. 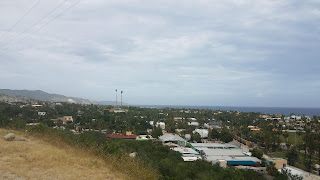 I rested in a small park and watched lots of school kids come and go from the schoolhouse wearing skeleton facepaint and fancy outfits. Día de los Muertos. Not as much of a thing here in Baja than on the mainland, I hear, but the kids were having fun.

The road went along the ocean again South of Barriles for a time before turning inland and going directly South. The Sierra de la Laguna rose to the right, and several cone shaped hills appeared to the left. I'm always impressed when I find I've gotten to the other side of a mountain range on a bike in just over a day. The valley itself was very pretty and then I passed over a river with actual flowing water! Not much of it, but there was undeniable water. 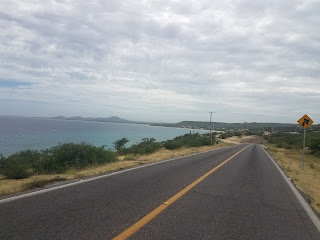 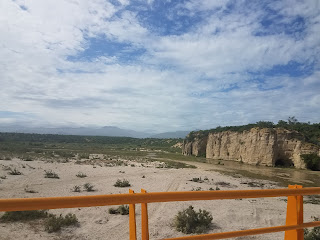 I saw a sign for Santiago and turned down a large grade into a Historic Pueblo of Baja del Sur (so proclaimed the sign). There was a square, and a mission, all of which I observed, but I was looking for the Huerta Gaia, a permaculture project I had been told about by some folks in La Paz. Perhaps being a permie myself, I could exchange labor for camping. I found the place after asking some people, but it appeared no one was home. The boy in the home nearby told be the dueños were out of the country. Too bad. So I ended up in the sports field on the edge of town. 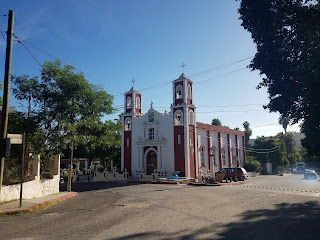 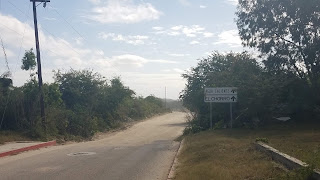 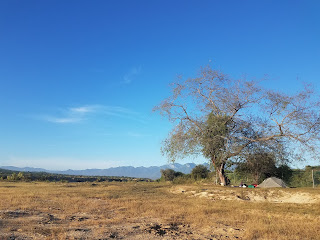 Big storm clouds came rolling in that evening and I was actually worried it might rain, but they passed without harm. There was singing in the mission and a large alter constructed on the sidewalk, but town was pretty quiet. I sat in the plaza for too long and made soup in the dark, and I think the mosquitos ate better than I did. 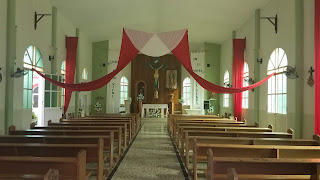 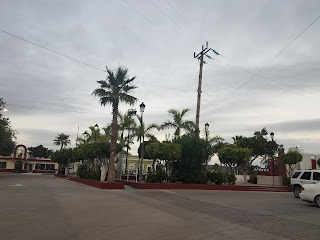 Unsure about the idea of being done with the ride. Perhaps I'll figure it out on the road to Cabo tomorrow.